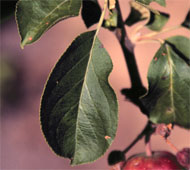 The Common Apple tree originated in the Old World, probably in western Asia. After having been carried westward into Europe during ancient times it was brought to North America before 1800. Since then, orchard workers have planted this tree in southern Canada and the United States. Today, it grows wild in the eastern U.S., the Pacific states, and in southern Canada. This is the apple tree that Jonathan Chapman, better known as Johnny Appleseed, carried as seeds to people from Pennsylvania through Ohio to Illinois during the late 1700s and early 1800s. The bark of the Common Apple is gray, broken and scaly. The tree grows well in moist soils, and in its area it can be found growing wild in rural and sub-rural areas where people have lived. Fruit tree growers have developed many varieties and hybrids of the Common Apple tree. People use the edible and popular fruit of this tree in many ways. Many kinds of wildlife feed on the fruit. Deer sometimes browse the trees during the winter and Ruffed Grouse often eat the buds. 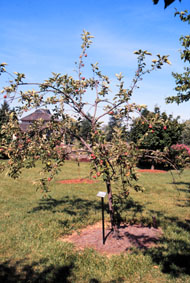 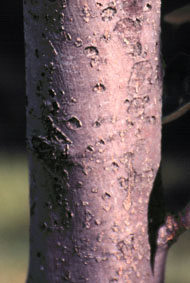 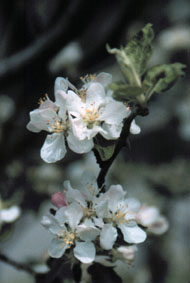