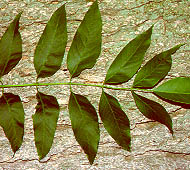 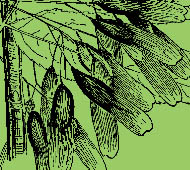 Unlike the firm, ridged bark of White Ash and Green Ash trees, the gray bark of the Blue Ash fissures and separates into shaggy and scaly plates. The tree grows on limestone soils, often on stream bluffs. In Ohio it mostly is limited to the western half of the state. The wood is similar to White Ash wood and is used in much the same way. Historically, early settlers reportedly made a blue dye by macerating and soaking the inner bark in water. 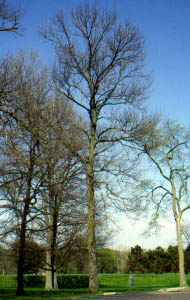 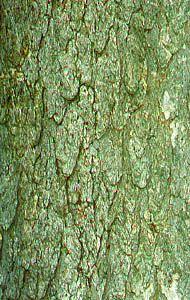 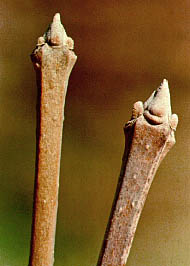