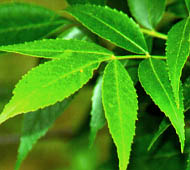 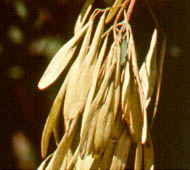 This medium-sized tree usually is somewhat smaller than the White Ash. But trees do not always do the "usual" thing. The record-holder in Ohio today is 96 feet tall, 11 feet taller than the tallest known White Ash. The bark is similar to that of the White Ash. The Red Ash grows widely throughout Ohio in rich, moist soil of bottomlands and stream banks. One finds it more frequently, however, in the northern part of the state. Although the wood of the Red Ash is hard and strong, it is brittle, and is considered to be inferior to that of the White Ash tree. A variety of the Red Ash, the Green Ash, is common and widespread along streams throughout Ohio. If one wishes to look closely enough, the two varieties can be separated by their twigs and leaflets: downy or hairy on the Red Ash, smooth on the Green Ash. 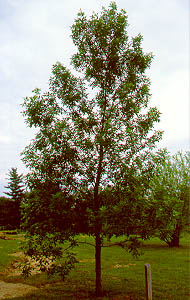 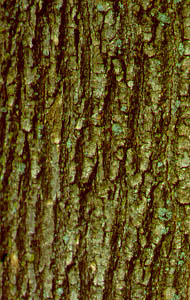 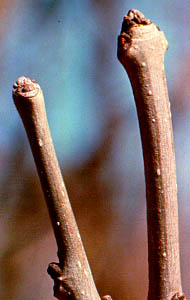