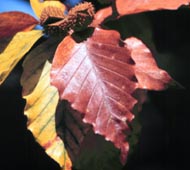 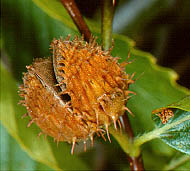 The tallest American Beech found today in Ohio, in Ashtabula County, is 130 feet tall. The smooth gray bark of this grand tree is familiar to many. Also distinctive are the long, slender, pale chestnut-brown buds, readily visible during the winter. The tree prefers deep, fertile, well-drained but moist soils. It is found throughout Ohio, probably in every county, and particularly in mature woods. In those parts of the state, however, where prairie grasses originally dominated plant growth, the American Beech is limited in its distribution. The tough, strong wood is used for flooring, furniture and other wooden ware. Hollows in beech trees provide shelter for many animals. And many mammals and birds, including deer, bear, squirrels, grouse and turkey, feed on the nuts. The smaller European Beech is widely planted in the United States as an ornamental tree. 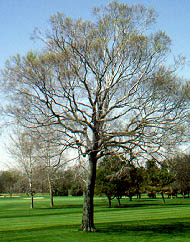 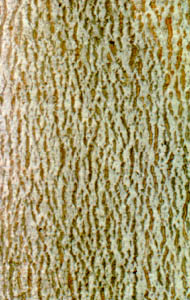 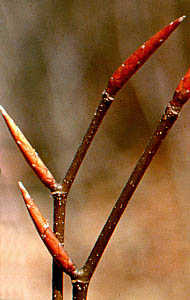