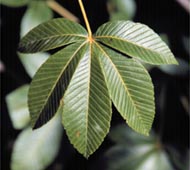 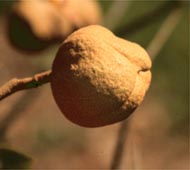 The Red Buckeye has an irregular shape with short, crooked branches in its crown. It also grows as a shrub. The smooth bark is grayish-brown to light gray. This small tree grows beneath larger trees in moist soils mixed forests. It occurs especially along river bluffs, stream borders, swamps, and on flood plains. The Red Buckeye is native to the southeastern United States from North Carolina south to Florida, west to Texas, and north to southern Illinois and northern Kentucky. In Ohio it is planted as an ornamental. Early settlers made a soap substitute from its gummy roots, and they made home remedies from its bitter bark. Native American Indians used crushed branches from this tree and other buckeyes to drug fish in order to make them easier to catch. 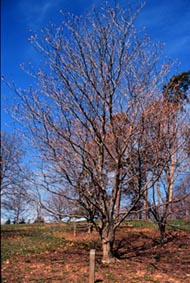 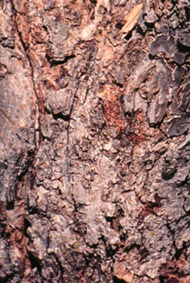 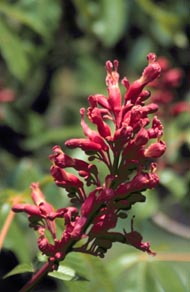