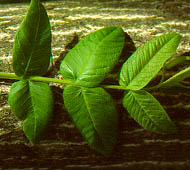 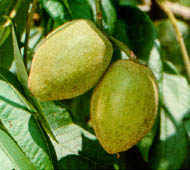 The Butternut, sometimes called the White Walnut, is smaller than the Black Walnut. Similar to its relative, this tree prefers rich, moist soils and is found stream bottoms and ravine slopes. But, in Ohio it is less commonly found than the Black Walnut, especially in the west-central and northwestern parts of the state. The wood is soft and weak, and is less sought after than that of the Black Walnut. It is used somewhat for furniture and interior finish. Historically, early settlers used the husks and inner bark to make orange or yellow dye. The edible nuts are sweet and oily, hence the name. Squirrels readily feed on the nuts also. 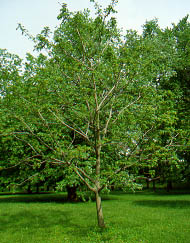 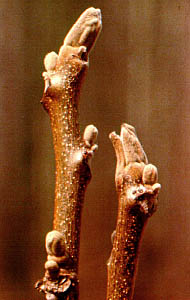