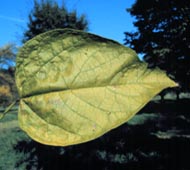 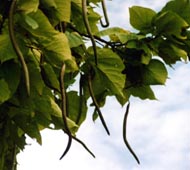 Originally native to the lower Ohio River valley and central Mississippi River Valley, this tree has been widely distributed through human intervention. Farmers first brought it into Ohio, commonly using it for fence posts. By way of intentional planting and "escapes" this tree has become established in most of Ohio's counties. People also have planted the Northern Catalpa as an ornamental tree for its showy, spring flowers. The wood, mostly used for fence posts, also has been used for railroad ties, cheap furniture, and interior finish. This is the favored food-plant of the Catalpa Sphinx Moth, which sometimes strips a tree of its leaves. 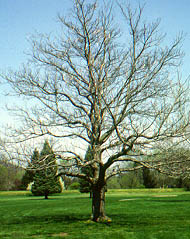 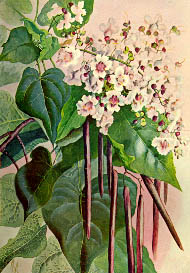 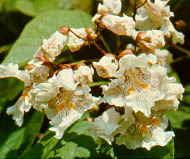