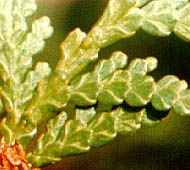 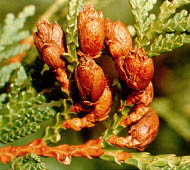 This medium-sized tree grows to a height of 25 to 50 feet, and a diameter of 1 to 2 feet. The small, oblong cones stand erect on flattened branchlets that are covered by overlapping, scalelike leaves. The thin bark sheds in long, narrow strips. Sometimes referred to as the "Swamp Cedar" it typically is found growing on limestone soils in moist to boggy habitats. Although more commonly found to the North, it is native to a few localities in Ohio, most notably Cedar Bog State Nature Preserve in Champaign County. Where the tree is common its soft but brittle wood is used for fences, shingles and small articles. The tree also is used in ornamental plantings. White-tailed Deer use Arborvitae thickets in winter, and smaller mammals as well as birds feed on its seeds. The only other North American member of this group (the genus Thuja) grows in the West. 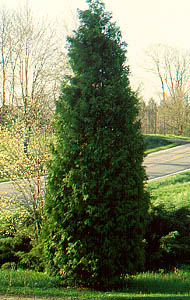 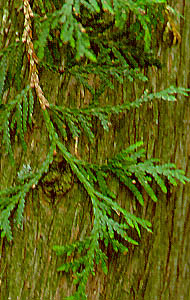 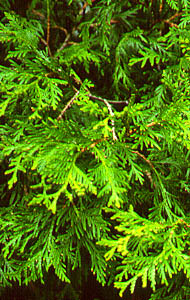