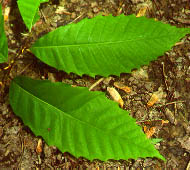 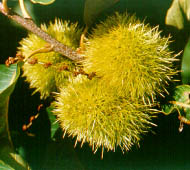 Until the imported chestnut blight hit this tree about 1904, the American Chestnut was one the most regal residents of the forests of northeastern United States. Now, all that remain are an occasional bare, standing trunk and persistent stump sprouts. When it lived in health the tree preferred rich, well-drained soils. In Ohio, its distribution mostly was limited to the Allegheny Plateau area of the eastern half of the state. The light but durable wood was used for rough exterior work such as railroad ties, posts and poles, and for interior finish and cheap furniture. Both humans and wildlife sought the nuts for food. Today, several other kinds of chestnut tree from other parts of the World, including the Chinese Chestnut, are planted as ornamentals. As with their predecessor, the nuts of some are found to be tasty. 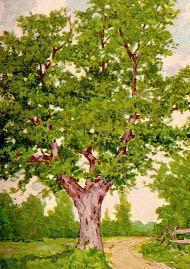 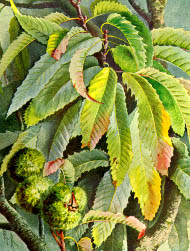