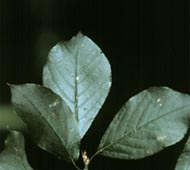 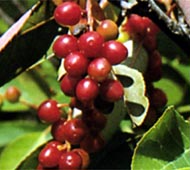 The Common Chokecherry is a small tree, sometimes a shrub, and often it forms dense thickets of woody growth. The bark of the tree is brown or gray, sometimes smooth, sometimes scaly. The Common Chokecherry grows commonly in rich moist soils, but often is found in poorer, drier soils. It grows in forest edges and openings, and often is found in uncultivated edges and corners of farmland.The natural range of this tree includes much of southern Canada and northern United States. In Ohio it occurs most frequently in the northern counties and in scattered parts of the southern counties. The wood of this tree is similar to that of the Black Cherry, but it has no commercial value because of the tree's small size. Many kinds of wildlife eat its small fruits. Although the fruit is harsh and puckery, people sometimes use it in making jellies. People also occasionally plant the Common Chokecherry tree as an ornamental, or to provide food for birds. 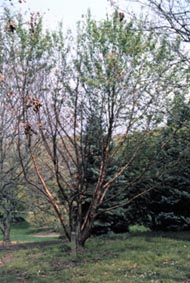 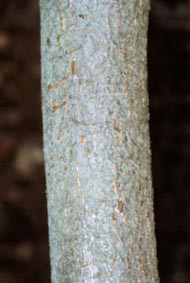 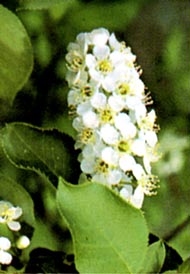