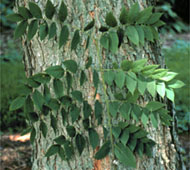 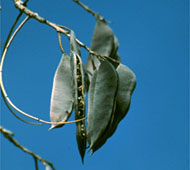 This is a medium-size tree, rarely large. In 1955, the Ohio Forestry Association recorded an 80-foot specimen in Lake County, Ohio. The tree grows in open woods. Its thick, dark bark is gray to grayish-brown. It often is marked with deep, irregular furrows and plates that curl at their sides. The Kentucky Coffeetree grows in moist soils with other hardwoods in eastern North America, from central New York and southern Ontario to southern Minnesota, Kansas and Oklahoma. In Ohio it grows mainly in the western half of the state and is most common on limestone soils, especially in the southwestern quarter of the state. Reportedly early immigrants in Kentucky used the large seeds of this tree to make "coffee." Woodworkers sometimes use the heavy, strong wood in cabinetwork, for fence posts, and in construction. Also, people frequently plant the tree as an ornamental. 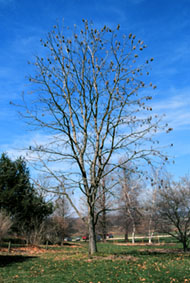 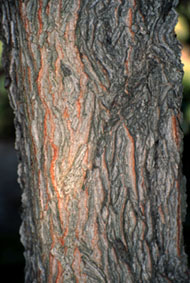 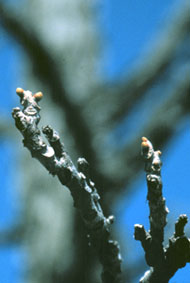 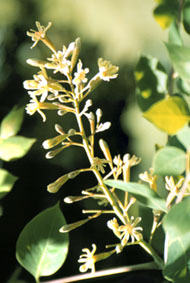