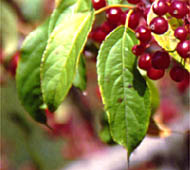 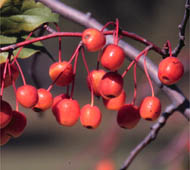 As a group the crabapples are some of the most ornamental flowering and fruiting trees in the Ohio area. The name "crabapple" has come to be used for wild apple trees from many parts of the world. Generally the fruits of these trees are small, no more than two inches in diameter. Depending upon a person's taste, the fruit may be edible or not. Captain John Smith of the early Virginia Colony reportedly found native crabapples to be bitter, but he liked the flowering trees in the spring. There are more than two dozen different species that are native to various parts of the world: nine in North America, three in Europe, and seventeen in eastern Europe and Asia. In addition, people have moved these trees from one place to another since ancient times. Also, nurserymen have developed many hybrids and varieties. 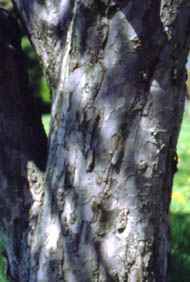 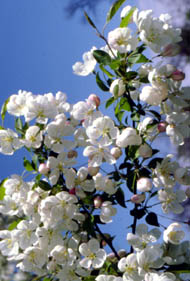