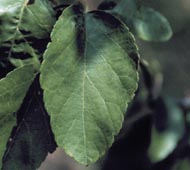 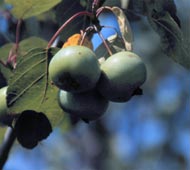 This is a relatively small tree with a short trunk. It often has several stout branches, which generally leave the smaller branches widely spread and open rather than forming a compact crown. The cracked and rough bark is reddish brown to gray in color. The Sweet Crabapple grows in moist soils in borders and openings of forests. It is a tree native to the east-central United States and lower Ontario, particularly the Ohio Valley and lower Great Lakes regions. It grows wild throughout Ohio, probably in every county. People widely use the Sweet Crabapple as an ornamental, and they often use the fruit in making preserves. Nurserymen use the trunks of this tree as grafting stock for growing less hardy varieties of apple trees. The wood of this tree has no commercial value. Still, people sometimes use it for woodcarving and in making small tool handles and other articles. Mammals such as deer and raccoons eat the fallen fruit, and squirrels apparently like the seeds. 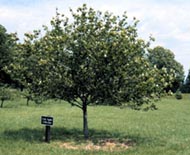 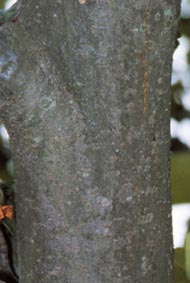