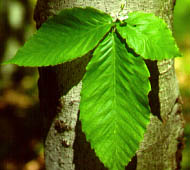 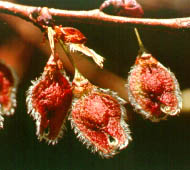 This is the largest and most widespread elm in the United States. The tallest example in Ohio today, growing in Hamilton County, stands 97 feet. The tall, drooping crown growing above divided trunks gives the mature tree a distinctive, vase-like appearance. The tree grows on rich, moist bottomlands and in ravines, and sometimes on moist slopes and woodlands. Although widespread in Ohio, many trees have been destroyed by the Dutch Elm disease. In the past it extensively was used as a shade and ornamental tree. The wood has been used in much the same way as that of the Slippery Elm. Both birds and mammals feed on fruit and buds, and mammals will chew the bark and twigs of younger trees. 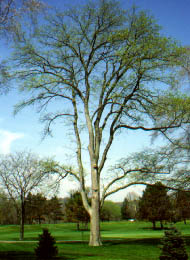 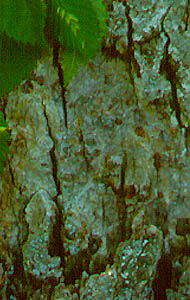