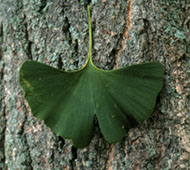 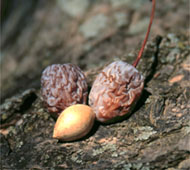 The fan-shaped leaves of this tree are very distinctive: "once seen, never forgotten." Sometimes the leaves have a single lobe, but sometimes they have two, hence the Latin name biloba. The bark is gray in color and becomes broken by deep furrows on older trunks. Individual trees are either male or female. Since people in the U.S. usually plant only the male trees, we rarely see the fruit in this country. This species is the last living representative of an ancient , prehistoric family of trees. Today, as well as throughout recorded history, the Ginkgo is not known to live naturally in the wild. For a great many centuries Buddhists have planted and cared for these trees on temple grounds in China, Korea and Japan, thereby possibly having saved the species from extinction. Its resistance to smoke, diseases and other destructive factors make the Ginkgo successful as an ornamental in the United States. It has been planted extensively in eastern states including Ohio, and on the Pacific Coast. In its Asian homeland roasted pits from the fruit are considered to be a delicacy. 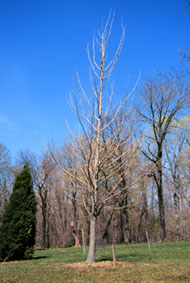 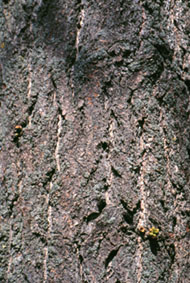 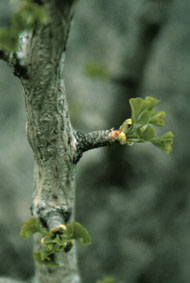