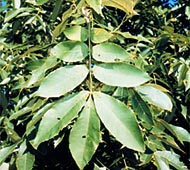 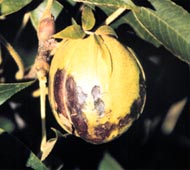 A champion specimen of the Mockernut Hickory in Morgan County, Ohio measured 88 feet tall in 1964. The gray bark of this tree is marked with branching ridges and deep furrows. The twigs are stout and reddish-brown to grayish-brown in color. This tree grows well on rich, moist, well-drained soils of upland areas, and sometimes is found on flood plains. It occurs in various kinds of hardwood forest and often is found growing with oak trees. It almost always occurs in small numbers compared to other species of trees. The Mockernut Hickory grows throughout most of the eastern United States and westward to eastern Texas. It is most common in the southern part of its range. In Ohio it occurs mainly in southern and eastern counties. As with the Shagbark Hickory, the wood of this tree is hard, strong, tough and elastic, and is used in handles for tools and in athletic equipment. The unusually small kernels from the nuts are sweet and edible. 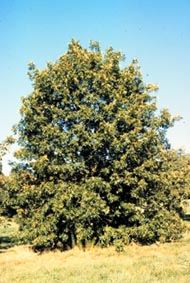 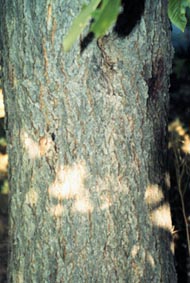