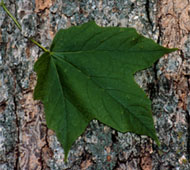 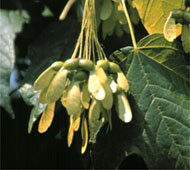 The Black Maple is similar in appearance to its close relative the Sugar Maple. The older bark of the Black Maple, however, is darker gray or even blackish. The bark of both trees is deeply furrowed. The Black Maple grows in moist soils of mixed hardwood forests. It ranges from southern Ontario and much of the northeastern United States southward to Tennessee and westward to Iowa and Missouri. In Ohio it occurs throughout the state. As with the Sugar Maple the Black Maple is valuable for its timber, and as a source of sugar syrup. 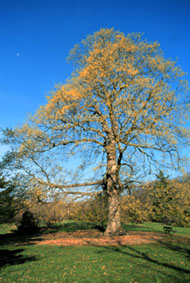 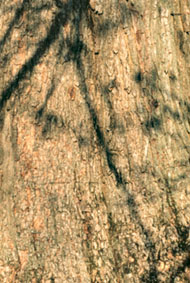 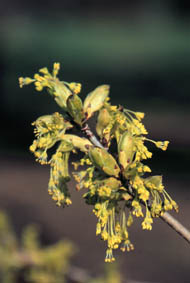