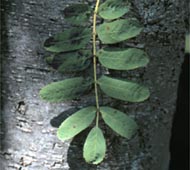 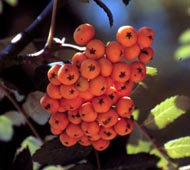 The European Mountainash is known for its showy white flowers and its numerous bright red berries. The alternate name "Rowan" comes from an old Scandinavian word meaning red. The bark of this tree is smooth and dark gray, and is marked with horizontal lines. When young, the twigs are densely covered with white hairs. The European Mountainash is a native of Europe and Asia. Cultivators of trees have planted it in North America since colonial times. It has escaped from cultivation in some areas and now grows wild in southeastern Alaska, across southern Canada, and in parts of the northern United States. When unsupervised this tree can be found along roadsides and in thickets. Landscapers plant the European Mountainash for its ornamental qualities and as a source of food for birds. The fruits mature in the late spring but often remain on a tree through fall and into early winter. Birds eat the fruits, thereby spreading the seeds beyond the limits of cultivation. 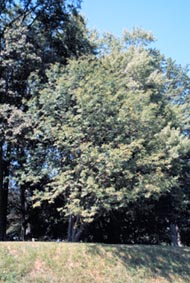 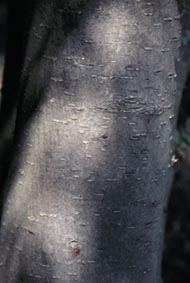