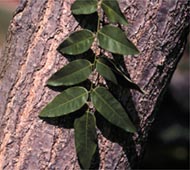 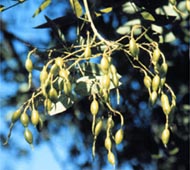 This medium-size native of China and Korea has been introduced into Japan where it often is planted around Buddhist temples for its showy flowers. Landscapers have planted it in many parts of the United States, especially in the South. The bark of this tree is grayish brown and is furrowed into scaly ridges. The very distinctive fruits grow in long yellowish pods, which are constricted between individual seeds. The result is the appearance of a short string of pearls. This tree grows well in humid temperate regions. People often plant it as a shade tree and as an ornamental. It is in the same family of trees as our native Yellowwood, but in the case of the Japanese Pagodatree a yellow dye is made from its flower buds rather than from its wood. Lucy Braun reports that the Japanese Pagodatree is "frequently seen in cultivation" in Ohio. 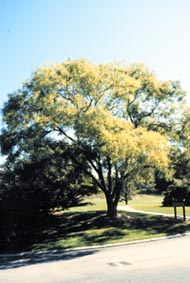 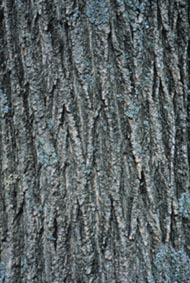