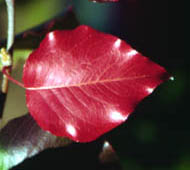 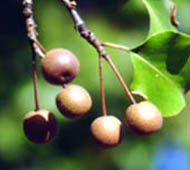 The Bradford Pear is a cultivated variety of the Callery Pear. Unlike most other pear trees this form is grown mainly for its ornamental features. The showy, white flowers appear during spring growth, often before the leaves. In contrast to their appearance, however, the flowers have an unpleasant odor. In autumn the leaves turn bright red to dark red before falling. The fruits are small and round, less than 1 inch in diameter, hardly resembling the traditional pear in appearance. While on a tree they are hardly visible, being hidden by leaves. The Bradford Pear is very disease resistant, making it useful as a street tree. But the relatively short life span (about 25 to 30 years) makes it necessary to replace individuals more frequently than with most other street or screen trees. 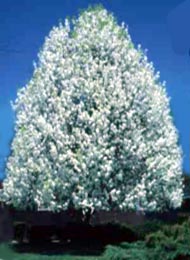 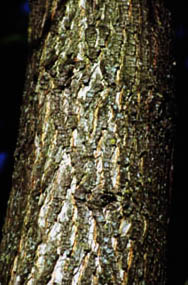