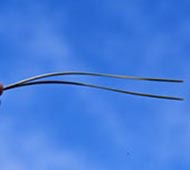 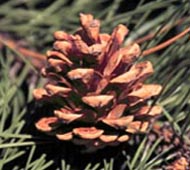 Young trees have yellowish-brown bark, but this darkens as the tree grows. Old trees have distinctive, furrowed bark colored with patches of brown, white and gray. The Austrian Pine often is confused with our native Red Pine, but the latter has reddish-brown bark as well as other distinctive traits. The Austrian Pine is native to central and southern Europe, and Asia Minor. Originally introduced from Europe in the mid-1700s, this fast growing pine is widely planted as an ornamental. It is easily established and tolerates city conditions better than most other kinds of pine trees. In Ohio, landscape workers commonly plant this tree in parks. Also, it is found in some of our state forests. 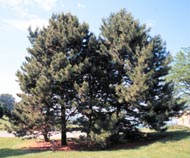 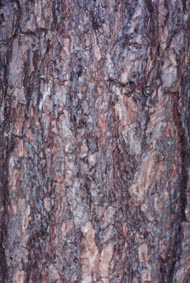 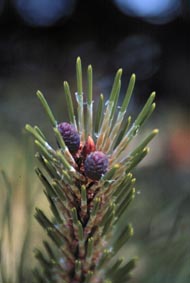