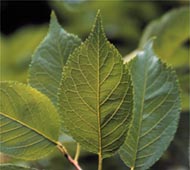 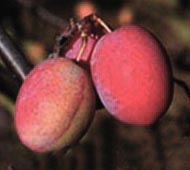 The American Plum (Prunus americana) has dark brown bark that is scaly. Its leaf margins are sharply toothed, and the twigs are orange-brown in color. It is native to North America and is found throughout much of the eastern U.S., westward to Oklahoma, and northward to Montana and southeastern Saskatchewan. The American Plum grows wild throughout the state of Ohio.

The Canada Plum (Prunus nigra) is a more northern tree of North America. The leaf margins are bluntly toothed, and the twigs are greenish in color. This tree grows in southern Canada and the northern U.S. west to Illinois and Minnesota. In Ohio it is found in a few of the northern counties. 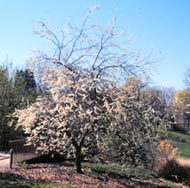 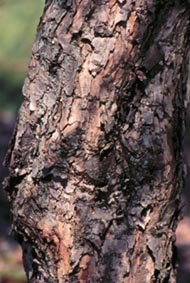 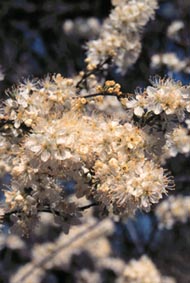