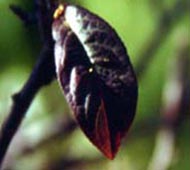 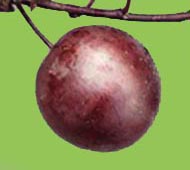 This group of flowering trees includes a number of species, both native and introduced, as well as many varieties and hybrids. The native trees grow in moist soils of valleys and low upland slopes. Trees that have escaped from cultivation often are found along roadsides and fencerows. The Garden Plum (Prunus domestica) is a native of Europe and western Asia. Its bark is gray and may be smooth or fissured. This is the common domesticated plum. Both French and British colonists introduced it to North America. The American Plum (Prunus Americana) has dark brown bark that is scaly. It is native to North America and is found throughout much of the eastern U.S., westward to Oklahoma, and northward to Montana and southeastern Saskatchewan. The American Plum grows throughout the state of Ohio. The Canada Plum (Prunus nigra) is a more northern tree of North America. It grows in southern Canada and the northern U.S. west to Illinois and Minnesota. In Ohio it is found in a few of the northern counties. Some varieties of these trees have been developed for their fruits, others for their flowers. People often eat the fruits fresh, and use them in making jellies and preserves. 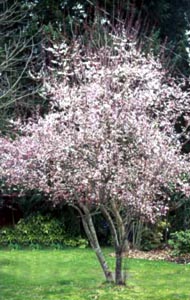 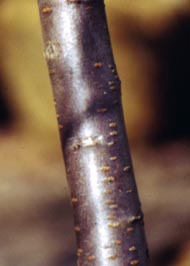 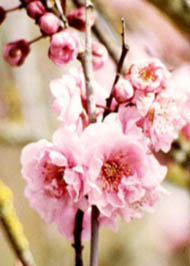