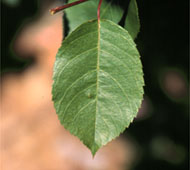 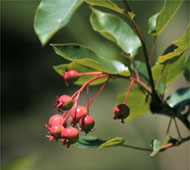 This small tree has light gray, smooth bark with distinctive longitudinal darker streaks. The bark becomes furrowed with narrow ridges on older trunks. The twigs are reddish-brown or olive green in color, and often are covered with white hairs when young. The Downy Serviceberry grows in moist soils of stream banks, woodland borders, and fencerows. Also it commonly is found scattered through forests, particularly on slopes. The Downy Serviceberry ranges throughout most of the eastern United States westward to Kansas and Oklahoma. It grows widely in Ohio except for areas of limestone-based soils in the western part of the state. Although hard and strong, the wood warps and checks during drying and is not suitable for woodworking. It occasionally is used for making tool handles. The fruits are not tasty for humans, but many wild birds and wild mammals feed on them avidly. Sometimes people plant this tree as an ornamental. 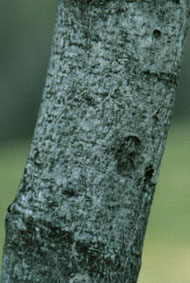 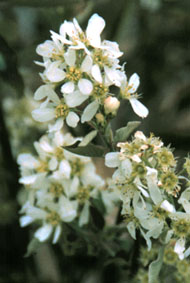