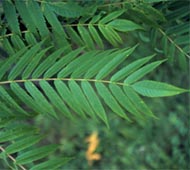 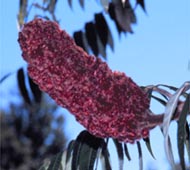 This small tree sometimes grows as a tall shrub. Its irregular crown is made up of a few stout, spreading branches. It often sprouts from roots and forms thickets. It grows in well drained to dry soils in open areas and old fields, at forest edges, and along roadways. The Staghorn Sumac is native to the northeastern United States and southern Canada. In Ohio it grows in scattered areas, and generally is absent from the west-central counties. Other than as an ornamental, the Staghorn Sumac has little value to people today. In times past Native American Indians made a lemonade-like drink from its crushed fruit. And tannery workers used the tannin-rich bark and foliage as a tanning agent. 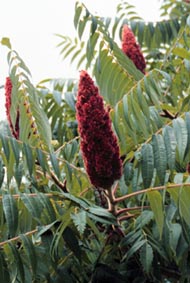 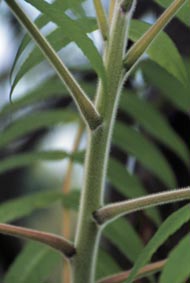