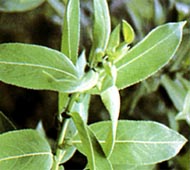 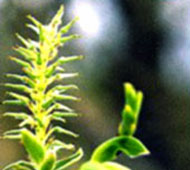 This is a relatively small willow and often is found growing as a shrub. The bark is gray to reddish-brown, smooth on younger growth but fissured and scaly later. The female flowers, called catkins, are the largest of the willows, and distinguish the Pussy Willow from other species of its kind. Its natural growth is in wet habitats such as wet meadows, stream banks and lake borders. But it will grow well when transplanted into drier soils. The Pussy Willow ranges throughout much of southern Canada and the northern United States, east of the Rocky Mountains. It occurs throughout most of Ohio wherever there is appropriate habitat. The main use of the Pussy Willow by people is as an ornamental tree because of its blossoms and foliage. Also, conservationists plant it to protect stream banks and pond margins from erosion. 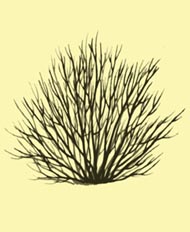 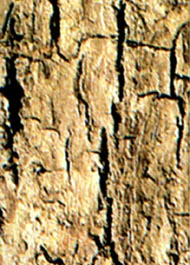 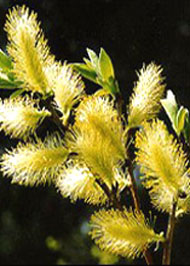 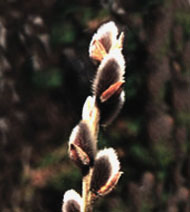