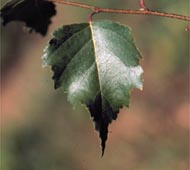 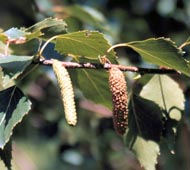 The White Birch of Europe has been introduced into southern Canada and northern parts of the U.S. The bark is smooth and white, and it peels in thin layers, but not as freely as that of the Paper Birch. Also, the noticeably drooping branches of this introduced tree contrast with the nearly horizontal branches of the native Paper Birch. The European Birch grows well in moist soils and landscapers plant it on lawns, in parks and in cemeteries. The European Birch is considered by many to be graceful and attractive. Therefore, although short-lived, its main use in the U.S. is as an ornamental tree. 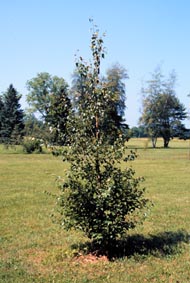 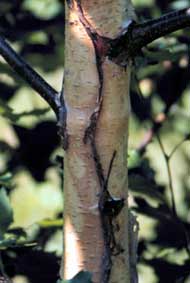 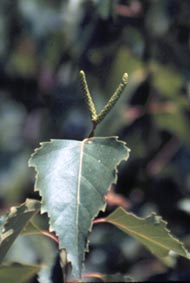