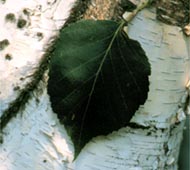 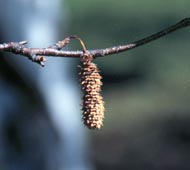 The Paper Birch is considered by many to be one of the most attractive native trees in North America. Its branches are nearly horizontal or slightly drooping, while those of the European Birch droop noticeably. Also called the Canoe Birch because of its legendary association with northern Indians, it frequently is thought of in connection with the unaltered "North Country" before European settlement. By 1987, a champion Paper Birch tree in Ashtabula County, Ohio had grown to a height of 62 feet, and the spread of its crown had reached 72 feet. The outer bark of this tree is smooth, thin and white. The inner bark is orange. The Paper Birch grows along stream banks, lakeshores, and on the moist slopes of hills. In contrast to the River Birch this is a tree of the North. It is found throughout Canada and Alaska as far north as trees will grow. In Ohio it grows naturally in very limited localities in the northern part of the state. Since it makes a very attractive ornamental tree, however, it has been planted elsewhere in the state. Wood of the Paper Birch is light and strong. Commercial uses of the wood include small turned objects such as spools and bobbins, as well as tooth picks and ice cream sticks. It also is used for plywood, fuel and wood pulp, and it is used in landscape plantings. 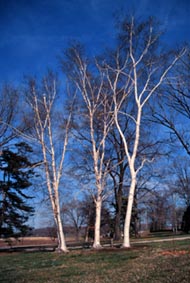 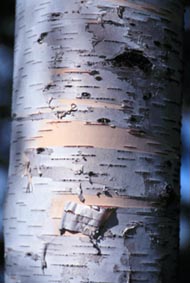 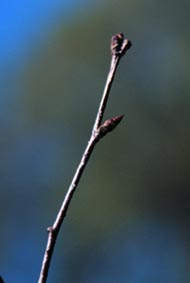 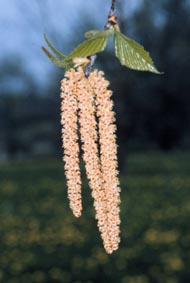