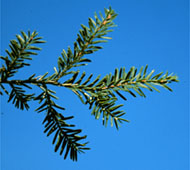 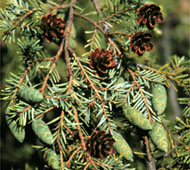 Drooping branches give the Sargent Weeping Hemlock part of its common name. Typically, this bushy tree is broader, as much as two or three times, than it is tall. When freestanding with its lower branches touching the ground the aspect of this tree is more like that of a circular mound of evergreen boughs than that of an erect tree. This variety of the Eastern Hemlock tree was found originally before 1870, growing naturally in New York State. Since the early 1900s it has been available commercially. Today, this tree is commonly available and is planted as an ornamental. 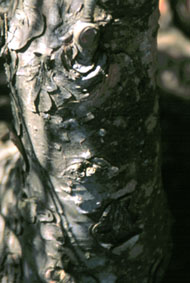 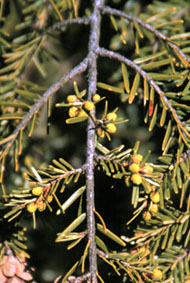