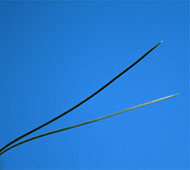 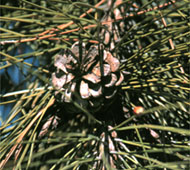 The bark of this tree is reddish-brown in color. On older trunks the bark becomes broken into wide flat-topped ridges separated by shallow splits. The Red Pine is often confused with the introduced Austrian Pine . However, the reddish-brown bark of the Red Pine should help to distinguish this tree from the Austrian Pine with its grayish to blackish bark. Typically, the Red Pine grows in light sandy soils. It seems to grow well in soils that are too poor for the larger White Pine. In spite of being native to North America (not Norway) this tree also is known as the Norway Pine. The Red Pine grows naturally in the northeastern United States and southeastern Canada. Builders use the wood of this tree in building construction, but it must be chemically treated in order to used in contact with the soil. In marine applications it is used for piling and for ships' masts and spars. Also it often is used as an ornamental tree. 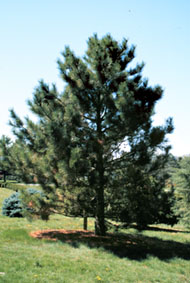 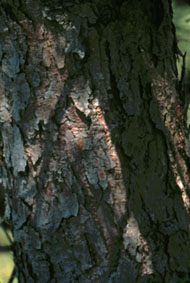 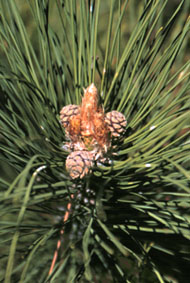