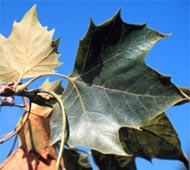 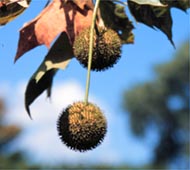 This hybrid tree was developed before 1700, probably through a cross between our native Sycamore and the Oriental Planetree. The specific scientific name, acerifolia, refers to the maple-like appearance of the leaves. Brown, green and gray patches mark the smooth bark of this tree. Also, the bark peels away in large flakes. This tree grows well in moist soils of humid temperate regions. Landscapers have planted it widely throughout the United States including Ohio. Used widely as an ornamental, many consider this to be perhaps the best tree in the United States for lining streets. The London Planetree also is suitable for being pruned to form hedges, screens and arbors. On the grounds of the Sch—nbrunn Palace in Vienna workers have developed and maintained a living tree hedge from the London Planetree. 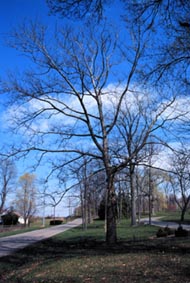 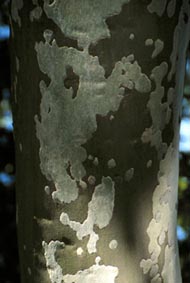