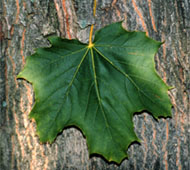 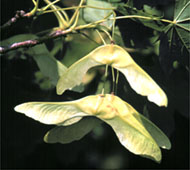 Even though the leaves are similar to those of the Sycamore and the London Planetree, the Norway Maple is not related to those two trees. The bark of this tree is gray to brown, and it becomes rough and fissured into narrow ridges on older trees. This medium-size tree is a native of Europe where it is important for its timber. It grows well in humid temperate regions. In the United States landscapers have planted this tree extensively for its shade and as a street tree. Sometimes it escapes cultivation and may be found along roadways. It is very tolerant of city pollutants, and it is relatively free of diseases and pests. In 1964, a 79-foot specimen, with a 95-foot crown spread, was recorded in Knox County. 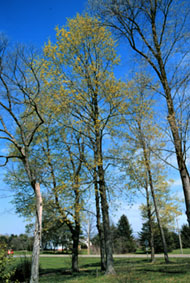 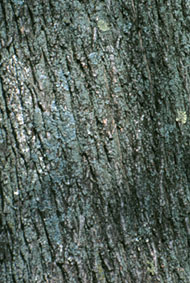 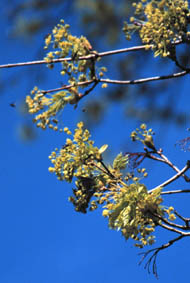